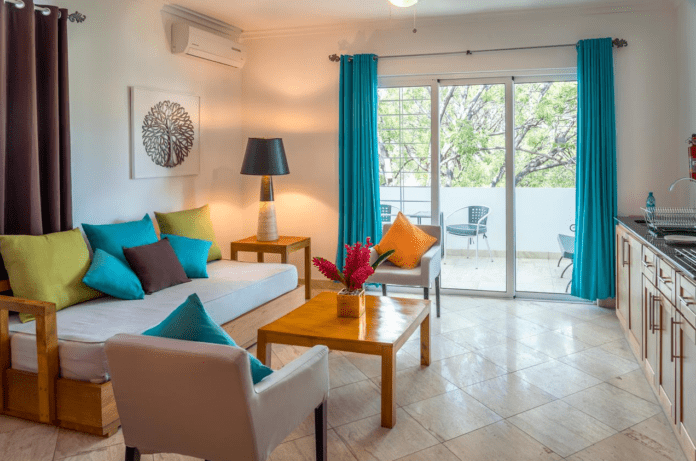 Hotel Montana is centrally located in the capital city of Port-au-Prince and the commune and suburb of Petionville. It is a 3.5-star luxury hotel with a plethora of amenities and positioned on top of a hill. You’ll get a splendid view of the tropical and mountainous surroundings from this point.

Before the 2010 Haiti earthquake, Hotel Montana was one of the most luxurious four-star hotels in the country. Since 1947, the hotel has been visited by famous businessmen, actors, diplomats, ministers and other international government officials. At its peak, the hotel had 145 rooms, seven floors, eight conference rooms, a small chapel and several shops.

The earthquake demolished the hotel. The following year in 2011, the hotel got reconstructed into a hotel with over 60 rooms. An Art Deco architectural design was used for the structure, which truly highlights the surrounding environment quite well. The rooms are spacious and contain terraces and large windows that give you a perfect view of the flowery gardens on the ground.

Full-service accommodations have since been restored, and the hotel is thriving again. Perhaps the hotel will expand again at some point in the future. For now, it is a great hotel to bring your family or take your partner on a romantic getaway.

When you see the hotel in person, you can tell it was rebuilt because it looks brand new. This might be comforting to people who worry about another earthquake. The hotel structure is now built to withstand tougher tremors and other seismic activity. Furthermore, it is easy to appreciate all the hard work that went into its reconstruction. It looks better than ever.

Hotel Montana is in a tropical location with a warm climate throughout most of the year. To cool yourself off, you’ll want to hop into one of the two outdoor swimming pools. A bicentenary mahogany tree hovers over the pools. It provides coolness and shade to the swimmers below it.

Acajou is a restaurant you must try when you are at the hotel. It offers local Haitian delights along with international cuisine options that are to die for. As you dine at this extravagant restaurant, you can enjoy the picturesque views of the Port-au-Prince Bay and the boats that sail on them.

Housekeeping will stop by your room to clean once per day. If you need someone to watch your small children while you have some adult time with your partner, then babysitting amenities are available by the hotel. You could spend some recreational time on the tennis court, fitness center or swimming pool.

There are no traditional wedding services available. However, you can still have your wedding as an event in one of the six conference rooms at the hotel. These conference rooms can accommodate anywhere between 10 and 300 people. You probably won’t have 300 people to invite to your wedding, but if you do, then you’re in luck. There is plenty of room to have a big wedding ceremony at the Hotel Montana.

Singing for Success With Cadelouse Pierre

Sophia Gedeon Sorel: The Force behind the Sparkle Empire