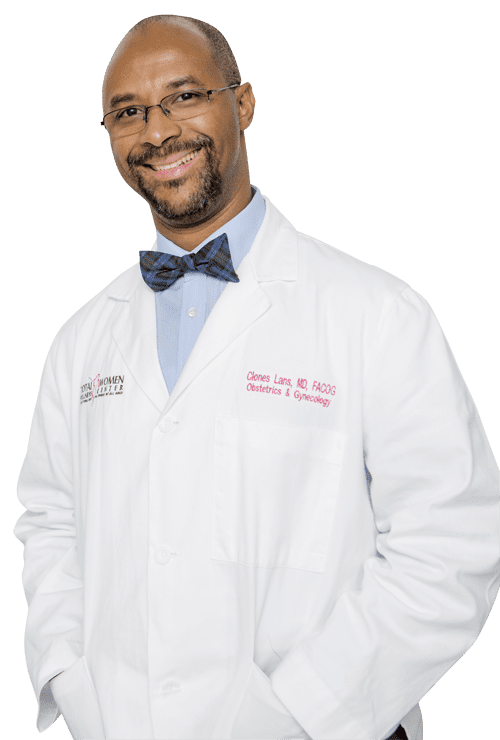 Dr. Clones Lans is an established and highly skilled physician with over 20 years of experience in obstetrics and gynecology. He is certified by the American Board of Obstetrics and Gynecology. Doctor Lans Currently serves as Vice Chair of the Department of Obstetrics and Gynecology at Jackson North Medical Center, one of the main centers in the Jackson Health Systems in Miami, FL. He is the medical director at Total Women Wellness Center and serves precepts students at Ross University, American University of the Caribbean (AUC), Saint Georges University, University of Florida, South University, Barry University, Chamberlain College of Nursing, and many more.

Dr. Lans received his Medical Doctor (M.D) degree from Universite D’Etat D’Haiti in 1994 in Port-au-Prince, Haiti. After graduation, he obtained training in Obstetrics and Gynecology at the Hopital de l’Universite D’Etat D’Haiti where he became the Administrative Chief Resident in 1998. He opened his private practice at Polyclinique du Pont Morin in 1999-2004. He has managed the unusual career path of having a successful private practice as well as a fulfilling a political career as Senator of the Republic for the Department of Grand’Anse. As the youngest senator in Haiti History, he chaired the Health Commission and was instrumental in creating the Department des Nippes where he was born.

In the United Stated, he was recruited to train in Obstetrics and Gynecology at Nassau University Medical Center, New York. Soon after, he became Attending Physician in Obstetrics and Gynecology at Bronx-Lebanon Hospital Center in NY and a Clinical Associate Instructor at the OBGYN Department Albert Einstein College of Medicine, in Bronx, NY for Advanced expertise in high-risk obstetrics and laparoscopic GYN surgery. A fan of warmer climate, he moved to South Florida for private practice, expanding his vision and experiences in treating obstetric patients ranging from routine pregnancies to those with complicated medical conditions. He was instrumental in establishing Total Women Wellness Center in Miami, FL, an OBGYN medical office for excellence in healthcare for women of all ages.

Dr. Lans has published extensively and presented various researches, posters and articles both nationally and internationally. Dr. Lans passion is driven by the bonds he builds with his patients over the course of their lives and the enjoyment he holds in keeping them and their families healthy and well.