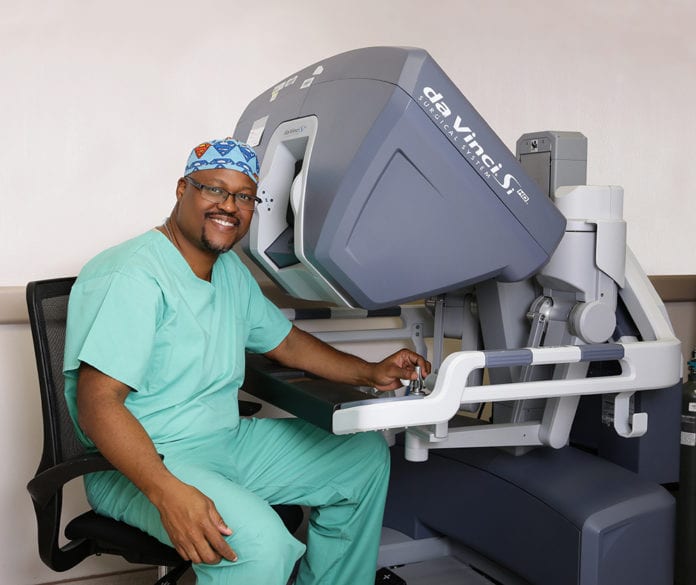 How dangerous is colon cancer?

Well, colorectal cancer (CRC) is the second leading cause of cancer death, and accounts for approximately 9 percent of cancer deaths and 3 percent of total deaths. Survival rates are improving, but over half a million people die from cancer each year in the United States alone. Cancer outranks cardiovascular disease as the number one cause of death in the United States for those under the age of 85. Both screening and prevention can reduce mortality from cancer.

What do you mean by screening and prevention?

Most colorectal cancers (CRCs) arise from adenomatous polyps that progress from small to large (>1.0 cm) polyps and then to cancer. Screening is the process to detect abnormalities before they are clinically apparent, allowing for intervention either before cancer develops or at an early stage, when treatment is most often effective. The progression from adenoma to carcinoma is believed to take at least 10 years on average. Prevention strategies focus on modifying environmental and lifestyle risk factors that promote cancer. It is estimated that 50 percent of cancer is preventable.

What are the risks of colon cancer?

Multiple cancer risk factors have been identified; tobacco use, excess weight, poor diet, and inactivity account for two-thirds of all cancers in the United States. In one study, nine modifiable risks were identified as the cause of 35 percent of cancer deaths worldwide: smoking, alcohol use, diet low in fruit and vegetables, excess weight, inactivity, unsafe sex, urban air pollution, use of solid fuels, and contaminated injections in health care settings.

When should one start screening?

Most groups offer screening beginning at age 50 years for average-risk patients. CRC does, however, occur in asymptomatic average-risk people under the age of 50. Guidelines from some organizations (the American College of Physicians and the Multi-Society Task Force (MSTF) recommend initiating screening in people of African descent at an earlier age (40 to 45 years). Prior to initiating a screening program for a patient, it is important to identify patients who may have increased risk factors that would have an impact on: what age to initiate screening, the choice of testing, the frequency of testing, and the need for genetic testing.

What are the choices available?

Which tests is the best one to have?

All tests that are recommended by guidelines groups are acceptable options, but the best test is one that the patient is willing to do with high quality after an informed shared decision-making process.

For people who are afraid of colonoscopy is there a futuristic/easier way of testing? Capsule endoscopy is one of many — Capsule endoscopy of the colon uses tiny video cameras embedded in the two ends of an ingested capsule (Pill) to take images as the capsule traverses the colon. This technique, while less invasive than colonoscopy, requires a more rigorous bowel preparation regimen. Unfortunately, colonic capsule endoscopy does not allow for biopsy or polyp removal, so patients with lesions detected during the examination typically require subsequent colonoscopy for further evaluation and/or treatment. Compared with colonoscopy, colon capsule endoscopy has a relatively low sensitivity for polyp detection. It is not an option as an initial screening test.

What’s after the screening tests?

Surveillance is also needed. It refers to follow-up testing in patients who have a history of polyps, cancer, or inflammatory bowel disease. Surveillance is conceptually different than screening (which applies to patients without disease or symptoms) and is discussed in separate topics – Once adenomatous or advanced polyps have been identified by screening, the patient should be entered in a colonoscopy surveillance program. The surveillance interval would be determined by what is found at each colonoscopy.

How do you treat colon cancer?

The treatment is complex. It involves first detection and staging of the disease (i.e. what is the extent of the cancer in the body). Then, removal of the disease (surgery); in addition to possible chemotherapy and radiation treatments. New technology such as the ROBOTIC surgical platform has now changed the management of colon cancer.

What is robotic surgery?It is surgical technology that provides a magnified, 3-D view of the surgical site. Robotic surgery, or robot-assisted surgery, is done through one or more small incisions, using small tubes and tiny video cameras and surgical instruments. The Robot allows surgeons to perform many types of complex procedures with more precision, great flexibility and control than possible with conventional techniques.