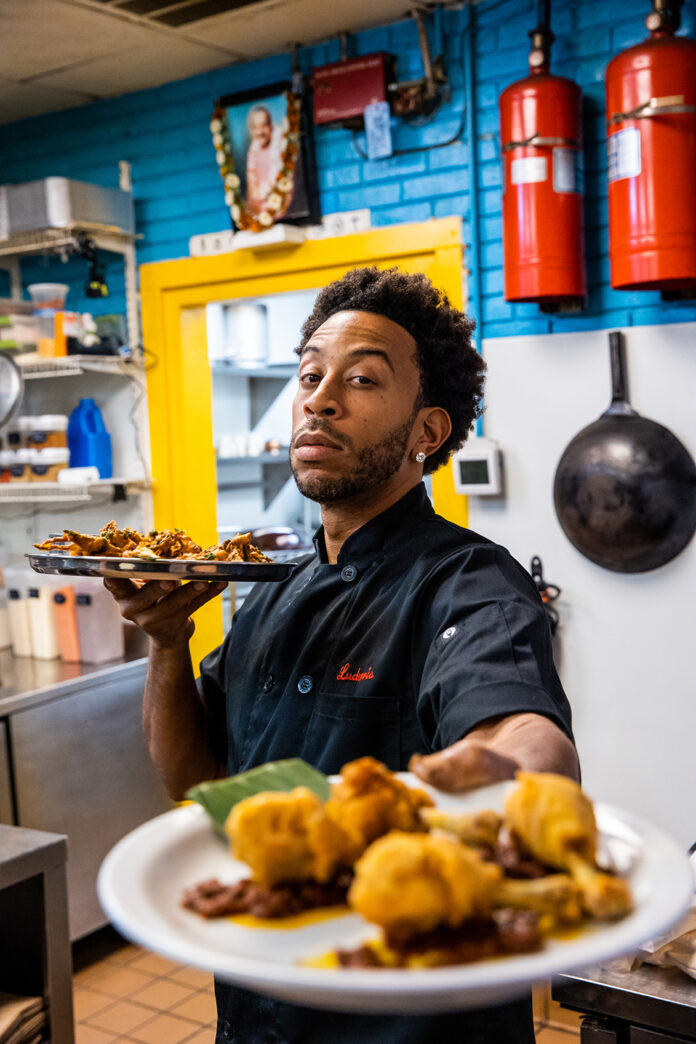 Legendary hip-hop artist, accomplished actor, and successful restaurateur Chris “Ludacris” Bridges always puts 100% into everything he does, including learning how to cook. The rapper continues his mission to master cooking techniques and flavors from around the world one cuisine at a time in Luda Can’t Cook, a cooking series now streaming on discovery+. The episodes are executive produced by Bridges and record-breaking film producer Will Packer.

Fascinated by the resilience of the Haitian community, Ludacris started the second season of his culinary journey in Little Haiti in Miami, Florida. “I’m excited for viewers to experience Haitian food with me – and see how I put my own style into each dish,” said Ludacris.

Chef Lemaire is a native of Port-au-Prince, Haiti, where he first discovered his interest in cooking. After many email exchanges and Zoom calls, Lemaire was thrilled to learn he was chosen to take the iconic rapper through a Haitian culinary journey. In the days leading up to filming, Lemaire mentally prepared to discuss specific topics in order to stay on course with what he and his team of chefs wanted to portray.

At the beginning of the show, Lemaire was adamant about testing Ludacris’s cooking skills with chicken. As the show progressed, the chef took the rapper under his wing and taught him how to prepare his favorite Haitian dishes, which brought back many childhood memories. “I can say that Ludacris enjoyed every Haitian dish we made with him or had him try. But I would say he most enjoyed our soup joumou and seafood recipes,” said Lemaire.

Chef Fabiola Alexis and Chef Christelle Francois, owners of Sak Pase Food Truck, were also part of the Haitian cuisine episode. On set, they taught Ludacris how to make pikliz (the staple condiment in Haitian cuisine of pickled cabbage, carrots, bell peppers, and Scotch bonnet peppers) and red snapper. “Our red snapper was his favorite,” said Chef Alexis. Shortly after filming the show, Ludacris hired the two momprenuers to cater his New Year’s Eve party where he got to try most of the items on Sak Pase’s menu. “It feels amazing to be featured with one of the biggest stars while promoting our native cuisine on the Food Network,” gushed Chef Francois. Ludacris even left supportive comments on their social media like, “Haitian cuisine is my favorite food because of y’all.” He’s been on numerous talk shows bringing buzz around Haitian food that is doing so much for Haitian restaurants across the nation. This is indeed a big win for Haitian culture!

Haitian-born Cynthia “Chef Thia” Verna, also featured on the episode, has a larger-than-life personality that lights up a room. She is a personal chef, an accomplished author, and a cooking show host specializing in gourmet, Caribbean-fusion cuisine. “Thankfully, they liked me during the first interview and told me I’d be featured on a show with Ludacris along with other Haitian chefs,” said Chef Thia. She went in with the goal of teaching Ludacris the magic behind most Haitian dishes, which is “epis,” a staple pre-made seasoning. “Without the “epis,” there is no food,” says Chef Thia. She described Bridges as a very humble person who genuinely wanted to partake in Haitian cuisine. She knew she was in the right place especially when she and the other Haitian chefs became like a family on set.

Ludacris’s lesson concludes in a Haitian-style block party, where he compiles a three-course tasting menu for the chefs who trained him, as well as for accomplished chef and Haitian food expert Chef Gregory Gourdet. The featured Haitian chefs are just a few of the many who are constantly working toward promoting the food and culture of Haiti through their platforms. The Food Network and discovery+ is just the beginning!