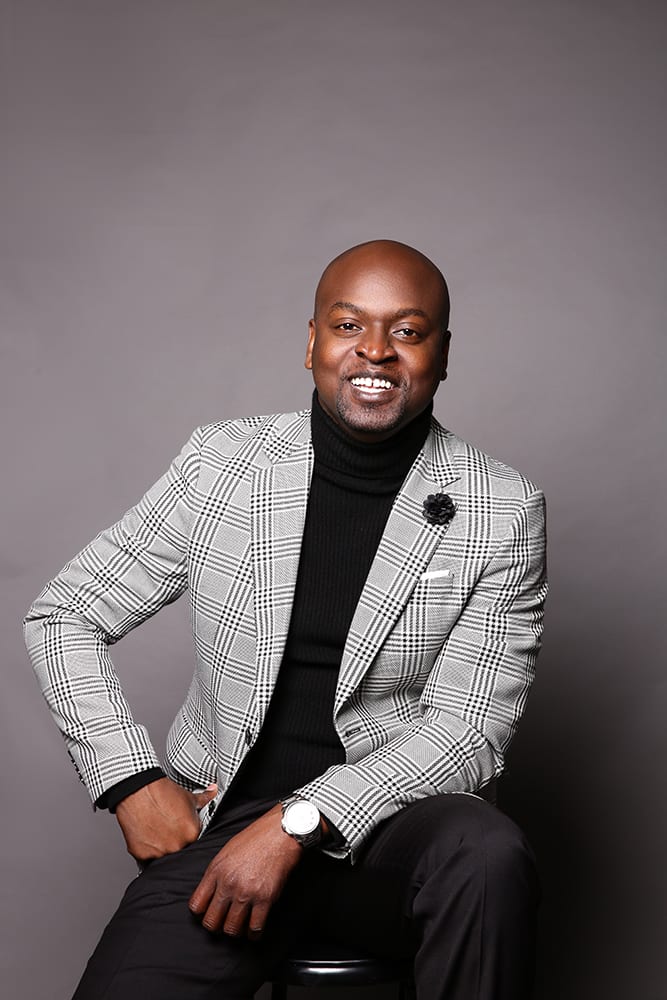 Where are you from? Where did you go to school?

I was born and raised in Miami, Florida, Little Haiti to be specific. I went to school at Little River Elementary, Horace Man Middle and Turner Tech. My tenth-grade year my family moved to a different area, so I attended a different high school after that.

What did you do after high school? What was your first job?

After high school, I really didn’t know what I wanted to do. I tried different odd jobs. My first job after high school was working for a company called ABC Warehouse. I loaded and unloaded trucks, received packages, logistical stuff. I didn’t love it, but this job opened my eyes to how the real world works. From there I had a whole bunch of jobs. Worked at Burger King for two weeks; it wasn’t for me. Worked at Subway for three months, that wasn’t for me either. I told myself I would never do a fast food job again. At that point, I still didn’t know what it was that I wanted to do. In 2005, I decided that I needed to finally do something serious. I went and got my license as a Real Estate Appraiser. I did very well in the field until the market crashed. Then from there, I had to find something else to do. At that point, everything had come to a standstill.

How did you get into the Certified Public Adjuster field?

I was hanging out with a buddy of mine that invited me to a basketball game. This was right after the market crashed. At the game, he introduced me to an adjuster that was telling us how much money he was making, and I was definitely skeptical. A week later, we ended up going to the same guy’s house and when I saw it, I said “Wow.” The next week I was in school to be a public adjuster and never looked back.

What did you do after you were done with the program? Did you immediately start working for yourself?

I didn’t go to work for myself immediately. I decided to start by working for the insurance companies first. I got a chance to see how everything works on the inside. Essentially, I saw how the system worked. I did that for two years. Things were a bit slow down here, and at that time Texas had just experienced some hurricanes. So I took a leap of faith and drove to Texas with a friend believing in the Higher Power. We were able to get the last two positions with State Farm as adjusters in the Texas area that had just been hit. That was the best thing I’ve ever done in my whole life, that decision right there. I had never made that type of money in my life. I did that for about ten months. Then I came back to Miami and worked as a field adjuster for Citizens. When I first started out, it was fun as well as challenging. Since those days the industry has changed drastically.

How did you start American Eagle Public Adjuster?

After working for the insurance company, I left and went and did an apprenticeship with a good friend of mine, Michael Garber, who has since passed away. From there I also went on to work with another friend of mine whose name is Jeremy. From there I opened up shop and have been working in the industry ever since.

What do you think has allowed to you be so successful in this field?

There are a lot of people out there that do exactly what I do. I think what sets me apart and makes me effective is that I have worked on the side of the insurance company before. That gives me an advantage in what I do. In this industry, the only thing certain is the uncertain. With that said I try to get my clients the best results possible, within the guidelines.

“My job is to help people help themselves.”

What has your experience been like opening your own public adjustment firm?

Well, that was always the goal since the time I met the guy at the basketball game. Starting American Eagle Public Adjuster, I have gotten the opportunity to help a lot of people. My job is to help people help themselves. I provide a platform to ensure that the insurance company is doing their due diligence. This is a process that takes time and sometimes the homeowners don’t have patience. So I sometimes have to become a nurturer to smooth things over in the meantime. My job is to get results and help people in the process. I realize that every day this is a blessing.

What advice do you have for someone who wants to become an entrepreneur?

No matter what you do in life, you have to be driven. Everything in life is hard work. The sky is the limit so definitely do not limit yourself. Definitely do your research. Talk to others in your field and get as much advice as you can.

American Eagle Public Adjuster has been working to serve the community relentlessly for the past couple of years. We can be reached anytime at 305-525-5752.