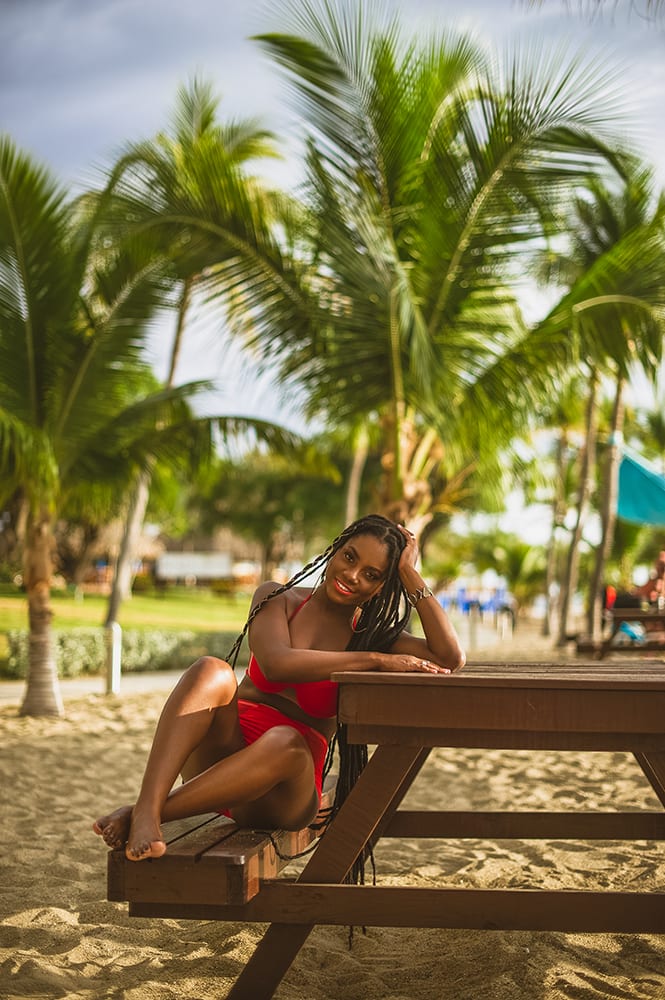 
An 8-year-old girl practicing singing and rapping with a toy microphone gifted by her father now international singer and rapper gracing stages worldwide with island-infused songs coupled by enchanting drums, sharing the message of changing the political environment in Haiti, and becoming Haiti Open’s “Hottest Haitian Woman of 2018.”

Haiti born talent Eunide Edouarin, well-known as “Princess Eud,” sweeps her peers in the contest for the “Hottest Haitian Woman.” Earlier this year, Haiti Open ran a competition to allow Haitian woman to shine in all their glory. Popular talents in Haiti and talents based abroad in the United States were voted on for rapper-songstress in the “Haiti-Based Talents” Category.

Edouarin changed the Rap Kreyol game with her eclectic style, smooth lyrics, and natural, traditional beauty. The Petion-Ville native dawns waist-length locs and is a trailblazer in the Haitian music industry on social media. The songstress draws in over 276K followers to her Instagram, where her talents extend as far as fashion design for her self-titled collection, Eud collection. The true princess of Haiti leaves an enchanting mark in the views of her fans through her originality with everything her touch graces. In an interview she reiterates, “I refuse to put my head down and conform. I create what I feel and what fits me. I don’t follow trends because I have to like what I’m creating.” It is no wonder you chose her to be the “Hottest Haitian Woman” of 2018.

“I refuse to put my head down and conform. I create what I feel and what fits me. I don’t follow trends because I have to like what I’m creating.”

Edouarin’s music is most compared to the melodies on Lauryn Hill with influences of Haitian artist Manze of Boukman Eksperyans. “I love Lauryn Hill; I love her personality, her singing style,” she claims. Her orgasmic sounds have been making sound waves in the Haitian music industry for over fifteen years. From a member of the group Mystic 703 to her current stance as a solo artist in her latest album, Eudomation, the versatile international superstar contributes music in genres such as Rap, R&B, Soul, and World, but dominates Rap Kreyol.

Not only is she a performer of improvised lyrics, but she has a message for the world to hear. She stands for women by being a leading female lyricist in the Haitian Rap Kreyol genre. Without conforming to being a feminist, her hope—as she continues to flourish as a woman in the Haitian music industry—is to gain respect for women and bring recognition for women’s contribution in society rather than “abusing them.” In addition, she stands for the end of child exploitation.

When asked about her regrets in life, the wife, mother, rapper-songstress, actress, fashion mogul regrets nothing in her life, she “just thanks God and keeps right on living.”